LG will be releasing the LG G3 next week and we’re lucky enough to have our hands on LG’s newest flagship smartphone just before the big event. LG G2 has made an impressive mark last year due to a number of its innovative features including the rear-key design. How does LG’s newest flagship compare to last year’s? Check out our unboxing and initial impressions below. 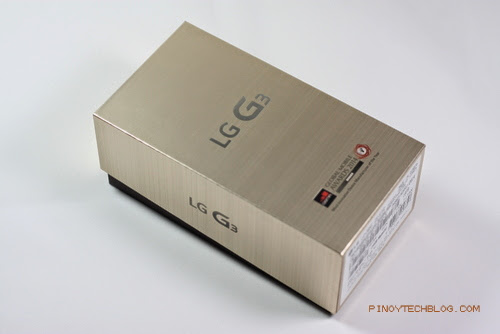 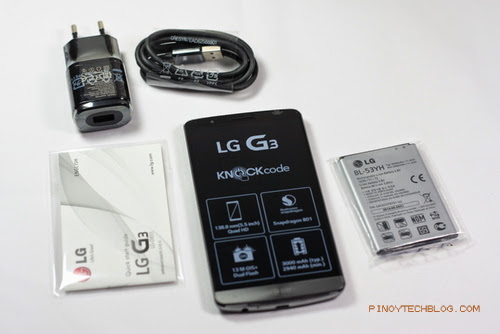 The LG G3 is wrapped in a gleaming gold and brown box. Inside the box is the unit, battery, USB charging adaptor and cable plus the user manual. Smartphone manufacturers usually include a headphone in the package but LG omitted that on the G3.

The LG G3 captures attention with its minimalist and metallic design right out of the box. 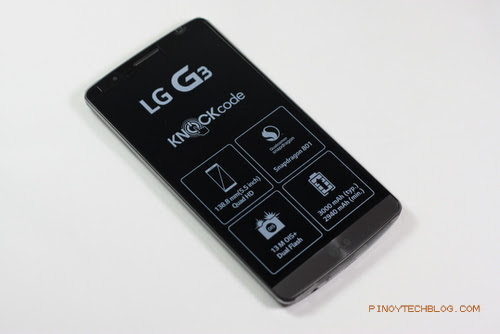 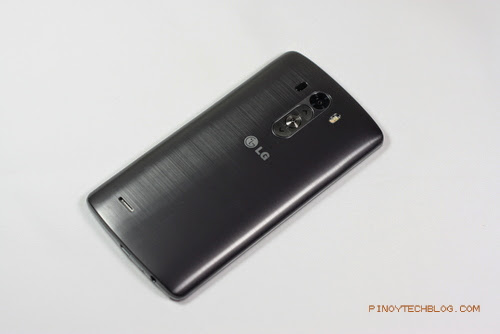 LG retained majority of its predecessor’s layout, with the front facing camera, earpiece and proximity sensor sitting on top of the 5.5 inch display and the LG logo below. 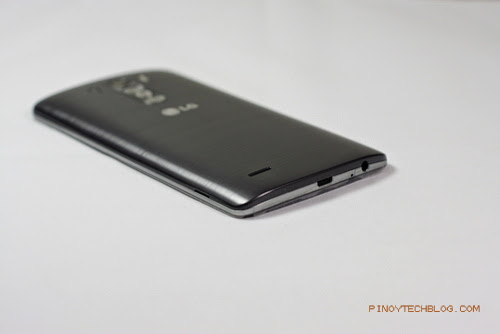 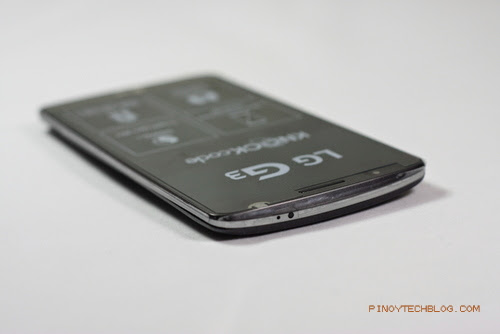 The G3’s metallic design is visually striking. LG has done a good job coming up with the brushed metal finish on its plastic back cover. It would have been better though if LG put in an alloy back cover. On the other hand, the G3’s lightweight and floating arc design complemented by its slimmer edges makes it easier to hold the smartphone despite its size. 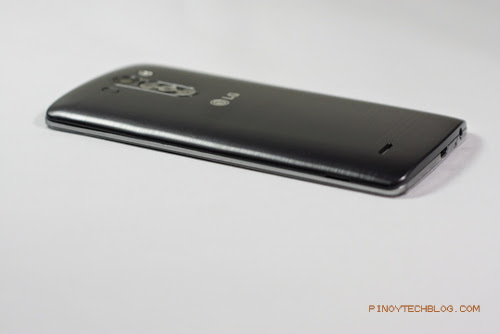 The unit we got was metallic black but the G3 will also be available in burgundy red, moon violet, shine gold and silk white.

LG G3 is one of the first smartphones to feature a Quad HD (2,560 x 1,440 pixels) display. The QHD resolution at 538ppi provided a really sharp and brilliant display when we played some of our favorite movies and mobile games. The LG G3’s super slim bezel easily made us forget that the G3 actually has a 5.5 inch display and what we have in our hand is in fact a phablet. Display is definitely one of the strengths of LG’s newest flagship smartphone. 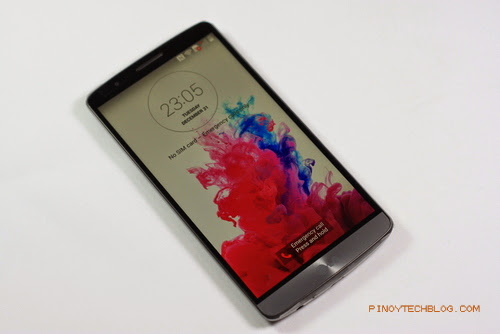 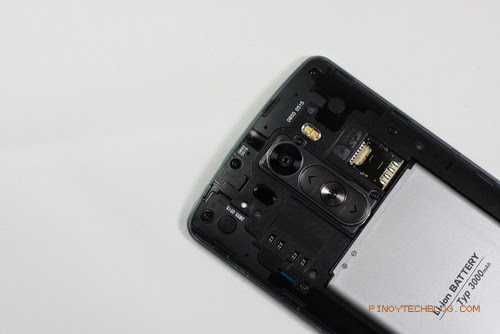 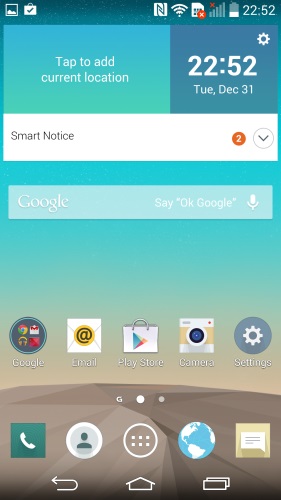 LG has also made several improvements on the UI and apps. LG has removed several clutters on the home screen and now features a flat style UI/icons. Further step-ups include the Knock Code which allows you to lock or unlock the smartphone using a knocking pattern and Smart Notice widget which gives suggestions based on your smartphone usage pattern. 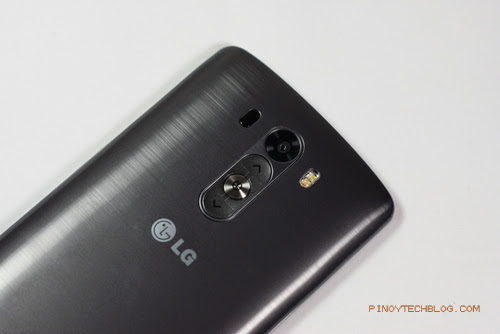 The LG G3 has an impressive 13MP OIS+ rear camera with laser autofocus and dual LED flash with BSI sensor. LG G3 is the first smartphone to feature a laser autofocus which LG says can focus on a subject in just 0.276 seconds. While we can’t precisely measure its speed, the LG G3’s camera is without a doubt one of the fastest smartphone camera today. The 2.1MP front camera didn’t disappoint as well.

Check out some sample shots of the LG G3 below 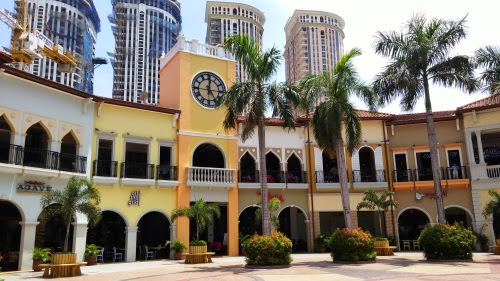 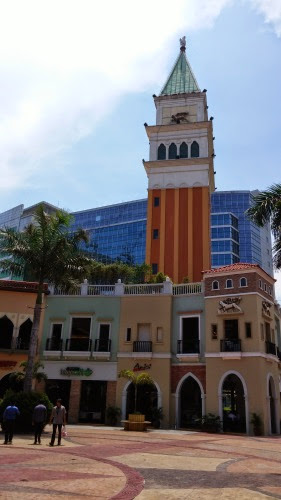 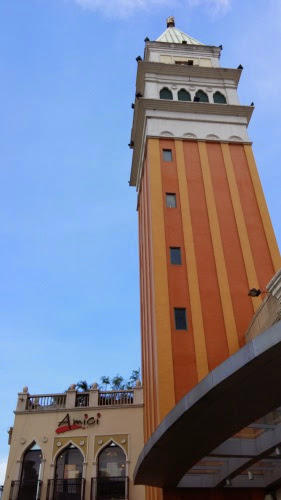 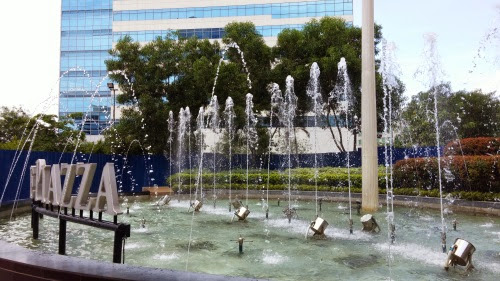 The LG G3 packs a 2.5 GHz quad core Snapdragon 801 processor, 2 GB of RAM and an Adreno 330 GPU. We loaded our favorite apps and games including Dead Trigger 2 and didn’t experience any issues and lags with the device. Correspondingly, the new (flat style) UI is fast and smooth. The G3 scored 31,338 on the Antutu benchmark. 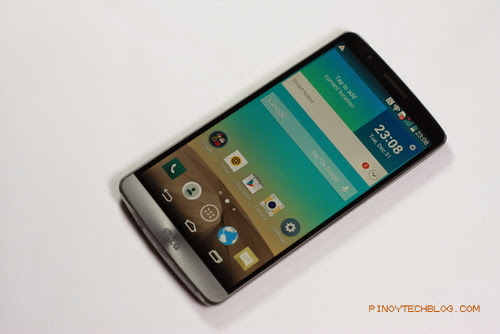 LG G2 has received numerous commendations and was named as the smartphone of 2013 by various tech sites including ours. Again, LG is gunning for the same feat with their newest flagship smartphone. With the new features and improvements over the G2 (design-wise and performance-wise), does the LG G3 have the right tools to beat its competitions once more?