The Nokia Lumia has been around for quite a while now and they’ve built a myriad of Windows Phones that cater to every lifestyle. But there seems to be one thing that they haven’t done yet until now and it’s a dual-sim Windows Phone. Now Nokia may have heard your prayers so finally, they’ve made a Dual-SIM variant of their Lumia phone which is the Lumia 630. And having a tempting SRP of Php 7,990, will it stand out as a Dual-SIM Lumia phone worth looking at? Let’s find out.

Lumia designs have always made use of a myriad of colors that suit every lifestyle. For the Lumia 630, they have the bright orange (pictured here), bright yellow, bright green, white and black. The back cover is made of plastic and has a subtle matte finish, so it feels good to touch without the phone slipping from your hand. 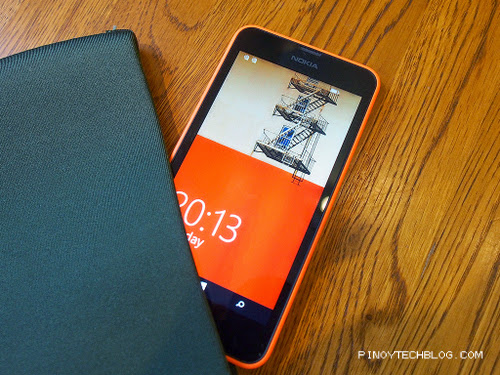 The 4.5″ screen makes use of the ClearBlack IPS which is known to really bring out the blacks on your display. It’s able to show crisp and clean-looking visuals so it’s something to look forward to especially when viewing pictures or watching movies.

There’s no front-facing camera for this one though. Also, you’ll find the 3.5mm port at the top. 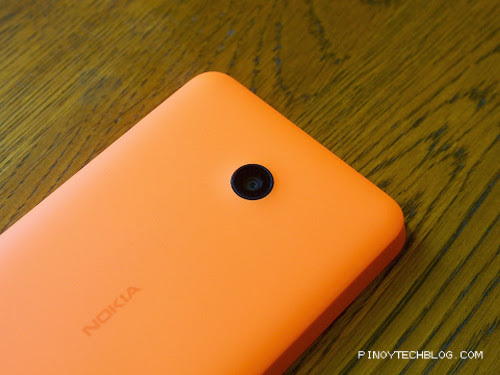 At the back is where you’ll find the 5MP camera and the speaker grill below. 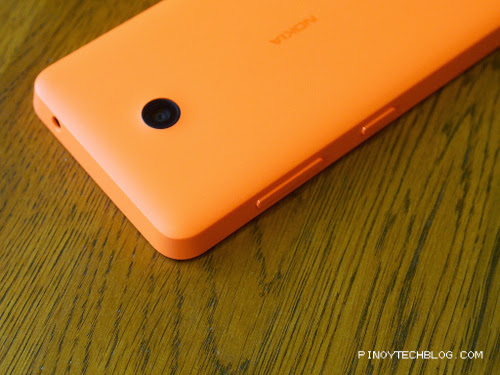 At the right side, we have the power button and the volume rocker. 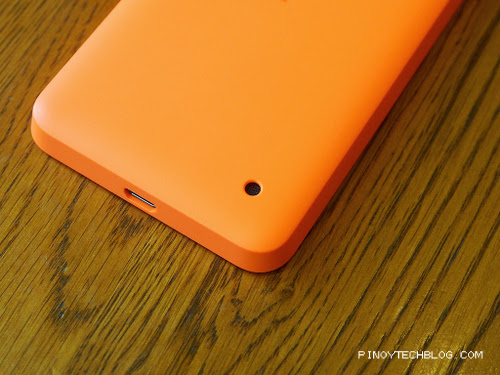 Lastly, the micro-USB port can be found right below the phone. 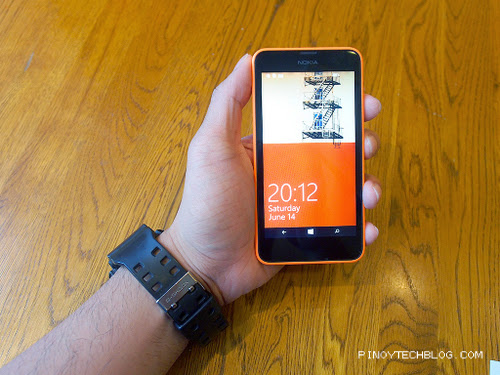 The phone can be easily operated with one hand. It may not be thin but it adds enough bulk for it to be grippable. Overall, I love how the phone feels. One thing that is missing from the Lumia 630 is the presence of a proximity sensor. The proximity sensor is what smartphone manufacturers use when detecting if the phone is being placed near the ear. That way, it automatically shuts off the display so you don’t get to accidentally press the on-screen buttons. Unfortunately for the Lumia 630, it doesn’t have that feature so you’ll need to be careful when making calls. I tried making calls before realizing the absence of the proximity sensor but didn’t had any trouble though. Still, it would be best if it had the feature for our peace of mind.

The Lumia 630 packs a quad-core 1.2 GHz processor with 512MB RAM. The quad core processor may breeze through most of the apps that WP8 has to offer although, the mediocre RAM may not be fit for heavy apps like games.

For storage, the phone only has 8GB of internal storage but it’s expandable with its microSD slot that can support up to 128GB. Phew!

What I like with Windows Phone is that it doesn’t require mammoth specs in order to run blazingly fast and it’s the strict hardware and software restrictions that keep it running smoothly. You can bet with the Lumia 630 that it will suffice most of your needs.

Since the Lumia 630 debuted with the Dual-SIM functionality, the firmware had to be modified accordingly. Looking at the home screen, youll notice that there are two phone and sms messaging apps labeled according to their sim numbers. I find this to be a good idea since this will not confuse the user of which sim is associated to your inboxes or call logs. 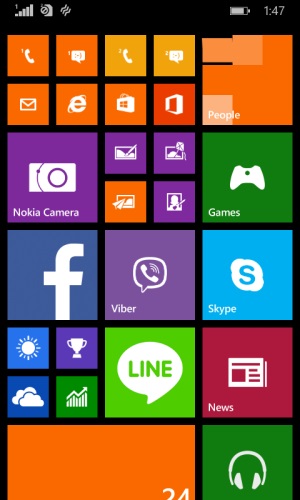 Even when opening up the inbox for Sim 1, you’ll also have the option to reply using either Sim 1 or 2.

Due to the Lumia 630 having a suitable screen estate, it’s able to accommodate 6 columns of tiles in the homescreen and I like it that way since you’ll be able to see all of your apps without scrolling down. It may look congested for some users but you’ll get used to it. 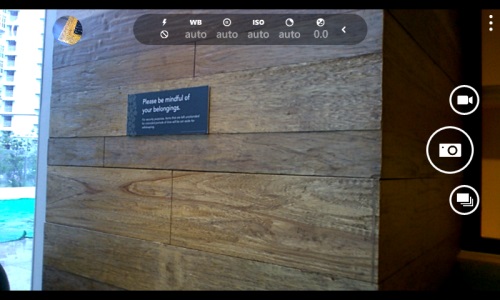 You may have noticed but unlike most of the Lumia phones, this one doesn’t have a dedicated shutter button. Not that it’s a downer but this may have been intended for the phone’s minimalistic style. Let’s have a look at the samples below. 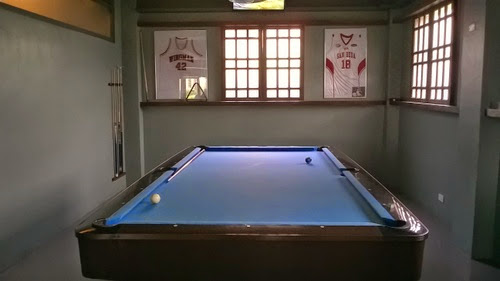 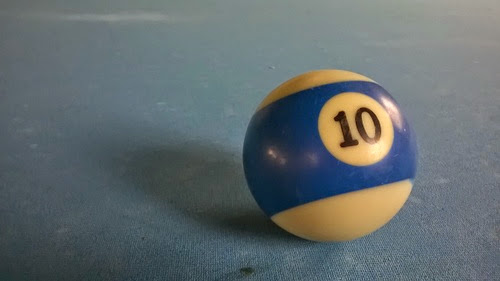 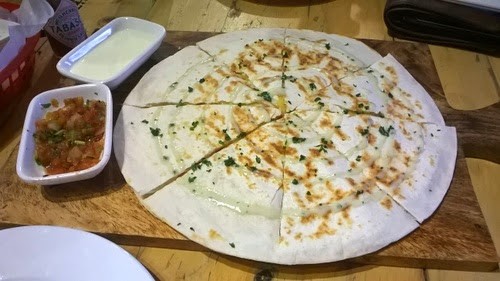 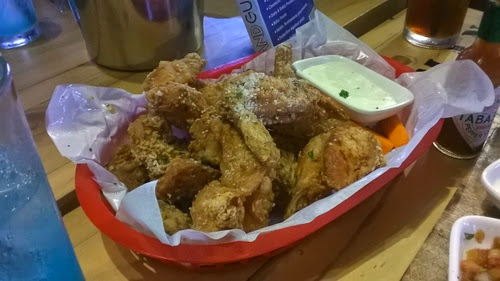 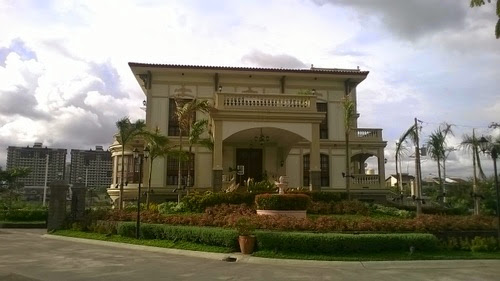 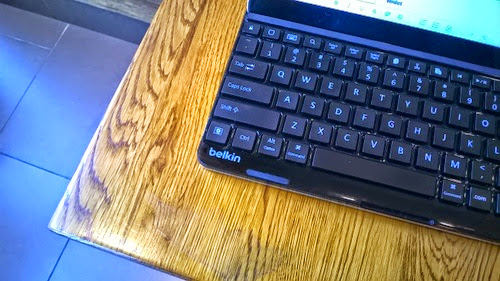 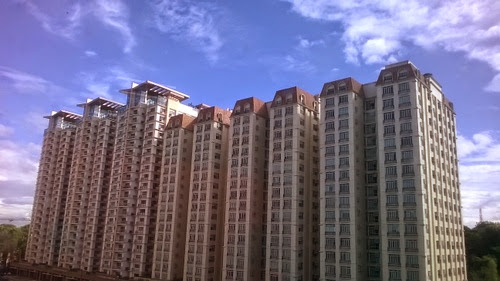 The shots were mediocre in terms of sharpness, color and contrast. When viewed on a computer screen, you’ll notice that the images have undergone some in-camera processing to which it kind of looked smudgy. Also, the colors were flat and there’s not much contrast. This may not be the Lumia 630’s best asset but it kind of does the job of capturing decent shots if you’re not very particular with image quality.

The battery has a capacity of 1830mAh and it lasts for a day with constant use of calls and texts as well as using social apps connected through wi-fi. Not bad for a whole day of use and it’ll last for two days with seldom use.

Overall I’m really pleased with the Lumia 630. It’s about time that the Windows Phone had a dual-sim variant and that it will appeal to most people especially here in the Philippines. Not to mention the really affordable price tag and we have a serious contender here. It’s already available in your nearest cellphone store so go ahead and check it out.